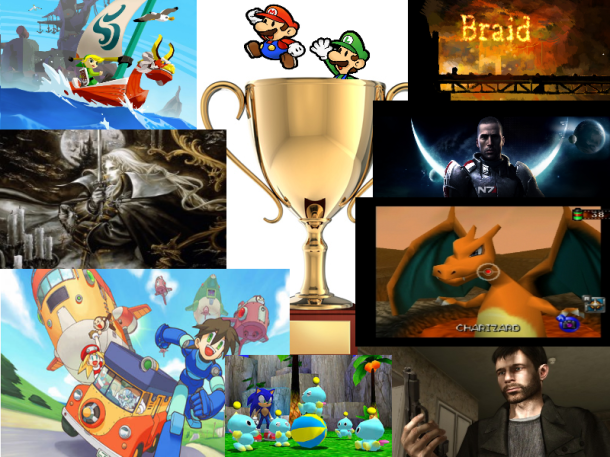 I’ve decided to take on a task that seemed kind of crazy at first, but somehow I was able to make it work for the most part. After pages and pages of scribbles and marked out names, accompanied by a little too much time, I’ve come up with a (rather rough) list of some of my favorite games of all time! I ended up with a little over a hundred when cropping the best of the best, but then from there I narrowed them again to about sixty games.

Again, and I’ll be the first to admit, this list is in no way representative of my eternal judgement on these games, and just because x game is ranked higher than x game, it might not mean that I think it’s 100% better. I’ve used my own brain to place these wherever they’re at, and some of the reasons are a little arbitrary. But it’s my list, and you can’t tell me how to make it. Also, if I totally forgot a game, that’s okay too; I probably did. Stay tuned, the lists will appear on the site over the next few days. Enjoy!