While the first gun’s still smoking, it’s time to take a look at everything Sony has just announced about the new console coming this Holiday.

While there wasn’t any word of a price, or any sight of the console itself, there was a lot of information spat out within the course of about 2 hours.

First off, the Vita was talked about and sat aside pretty early in the conference. Right after the announcement of the PS4, Sony said it has long term plans for the Vita to be able to stream any PlayStation 4 game without a hitch.

It was also said that PlayStation 1, 2, and 3 games will eventually be able to stream to “all devices”, essentially referring to the PS4 and Vita, and who knows what else.

The PlayStation 4’s controller, the DualShock 4, will feature a front touch panel, a “Share” button, a headphone slot, and a big blue light on top that is used to “identify players” or more likely, signal aliens. 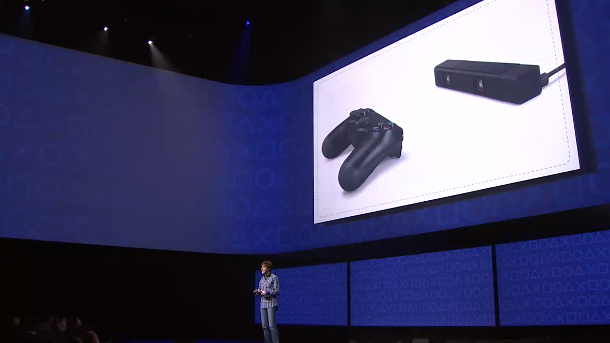 A weird camera was showed to interact with the controller somehow, but wasn’t touched on much. I’m sure we’ll hear more about Sony’s Kinect-esque hardware soon.

The PS4 will constantly record your gameplay, and the Share button will allow you to revisit the saved video of your game and easily post it online.

Sony’s newly acquired streaming service, Gaikai, will be heavily involved in streaming content. Demos will be instantly streamed to your console when you select them from the store, becoming immediately playable according to Sony’s Mark Cerny.

Players will also be able to jump into each other’s single player games, stream their friend’s game to their own console, and continue playing from that point. The possibility of helping a friend who was stuck at a certain section by taking over their was discussed quite a bit. 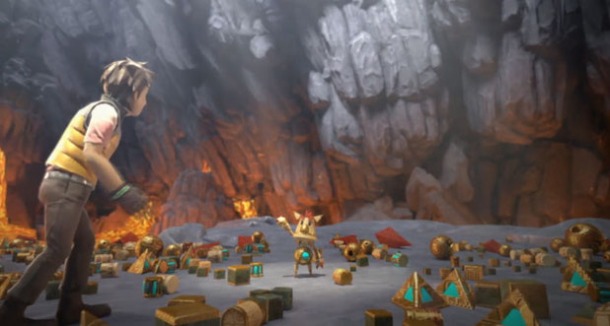 The first game shown was the brand new, Knack, a game that seems to be about a small creature who can change forms by collecting  objects around him. Except not like Katamari at all.

Killzone Shadowfall is shown for the next few minutes and it looks beautiful. The gameplay looks mostly like typical first-person shooter fare, but a lot prettier than we’re used to on consoles.

The next game up was DriveClub, which I can’t really say much about. I’m not into many driving games, but the guy on stage looked like he was about to make sweet love to it as he described, in great detail, about how hyper accurate the car models were.

To my, and basically everyone in the audience’s, surprise, popular indie developer (Braid) Jonathan Blow took the stage next. Known for being such an odd person to deal with, it was a surprise to see him at such a mass market event. Right after he made a joke about following up the action heavy games being presented, he announced that his new game, The Witness, will be debuting exclusively on the PS4. He also announces that Witness will be around 25 hours long. Wow.

A few other tech demos are shown from Media Molecule and David Cage showing off what the PS4 will be capable of. Nearly everyone who takes the stage mentions how easy the PlayStation 4 will be to develop for.

Capcom brought a new game codenamed “Deep Down” that shares the style of the excellent Dark Souls and Capcom’s own Dragon’s Dogma. Could Deep Down eventually become Dragon’s Dogma 2?

Square Enix announced that a new Final Fantasy game will be coming to the PS4, and didn’t reveal much more than that. All they told us was to “be excited for E3”. Yeah, the 15th main installment of your franchise is why I’m excited for E3. Love you, Square.

Ubisoft showed off another demo of Watch Dogs, finally announcing that it will be coming to next generation hardware. The demo has the main character chasing down a guy who just mugged a lady, running through streets and using his tech manipulating gadgets to take the guy down. 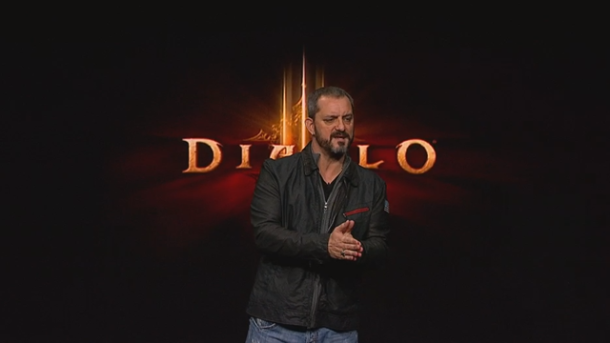 Chris Metzen of Blizzard took the stage to reveal a new partnership with Sony. He was excited to announce that for the first time in over a decade, they are going to bring one of their games to home consoles. That game is Diablo 3, which will be released for PlayStation 3 and PlayStation 4.

Four heads of Bungie (Halo) also dropped by, their first time at a PlayStation event, announcing Destiny for PS4, along with exclusive content for the game that will only be on the Sony platform.

Get ready for a lot of news coming in regarding Sony’s plans for the PlayStation 4 in the upcoming months leading to E3. Expect to hear even more than that at E3 itself. After letting Microsoft get the jump on them last generation, they took the game into their own hands this time, affording themselves the opportunity to be at the forefront of the public eye first.

When will Microsoft pull the trigger on their new Xbox? If I had to guess, I’d say very, very soon. Stick around for the latest news on either of the brand new consoles. We’ll be watching out for you.