Year Walk is the third game from popular iOS developer Simogo, following up their last critically acclaimed hit, Beat Sneak Bandit. It starts off on the right foot, setting an undeniably ominous tone, prompting your mind to wonder where this little game is going to take you. The App Store description promises a “haunting” and “creepy” experience, and after coming out the other side, I can assure you that it delivers in spades.

Essentially acting as a short, scary bedtime story for grown ups, you play the role of a young man embarking on a local tradition known as “Year Walking”. Once in your life, after much preparation, you can choose to leave your cabin at midnight and go on a journey to discover your fate. On this walk, you’ll meet a variety of terrifying creatures, who serve as tests to ready you for your ultimate goal.

First off, there are a few requirements for getting the most enjoyment out of the game.

#1: Turn off the lights. As with any ghost story, it isn’t going to be as effective if you’re taking it in while surrounded by strangers on a bus. Go home, set aside a couple hours, and take the plunge. 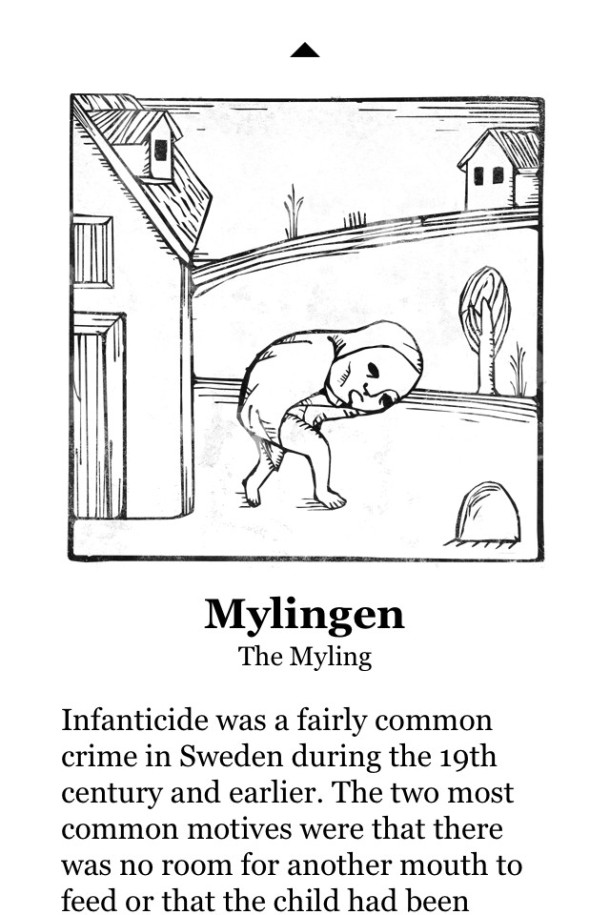 #2: You HAVE to have the companion app. There is a separate download on the App Store called “Year Walk Companion“. This is not optional. The Companion is free, and serves multiple functions that are necessary to understand the game. It acts as a tour guide, explaining the things in front of you, adding a little bit of logic to the things presented to you in the game. It gives you insight on the creatures and their motivations, and also serves a  required purpose towards the completion of the game.

#3: Have a pen and paper ready to go from the very start. Some of the puzzles require this of you, but there’s a larger reason for this that isn’t essential to the game, but will fix some of the problems I had with it. Getting lost is quite easy in Year Walk, and you’ll spend a lot of time getting used to the areas around you, backtracking to areas you’ve been to a dozen times trying to figure out where the next objective is. No area is ever more than 10 or 15 seconds away from another due to the simple structure of movement, but the labyrinthine forest is built in a way that will become frustrating if you aren’t paying minute attention to the areas around you.

One way to remedy this would fall entirely into the players hands, but would feel natural to the experience. You could draw a map as you explore. It doesn’t seem too far fetched that the person in the game would be marking important locations down in relation to himself, so having the player do this could add even more to the immersion. I didn’t build a map as I played, but since some of the later puzzles require you to have something nearby to write with, it couldn’t hurt.

Year Walk is viewed from a first person perspective, removing any distance you might want from the things in front of you. The movement doesn’t take place in 3D as with most first person games, the worlds is available to you in a 2D plane. You swipe left and right on the screen to move between areas in the same place, and up and down to move to a different “layer” of the environment. For example, swiping up will move over a hill or into a building, while swiping left will move you across the room or area you are investigating. It’s a very elegant way to present a space in three dimensions without bowing to clunky controls or an onscreen set of buttons.

The environments themselves are as spooky as you’d expect, being punctuated with the game’s similarly eerie sound design. The gentle soundtrack of drawn out noises and piano keys plays as you hear your feet crunch through the snow of the woods you become lost in. 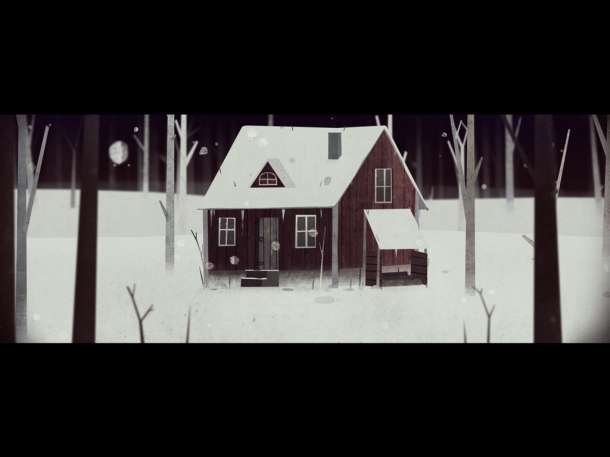 The atmosphere of Year Walk is something that other horror games should strive for. Without resulting to jump scares every 5 seconds (while it does have a few of them), Year Walk earns your fear through proper build up and finally executing at just the right times. The Companion is a perfect add-on to the game, as it tells you about the creatures and places, getting you more on edge for when you actually realize the ways you interact with them. I’m being vague here, but some of the events in the game are…really messed up.

You really have to experience Year Walk for yourself to understand how fantastic it is. It’s available on the App Store right now for $3.99. If you’re up for seeing what one of the most creative and talented developers on the platform can do, Year Walk is worth every single penny.