Nothing’s permanent. Smaller, cheaper downloadable games easily swept the top three this week. One of the best games I’ve played all year has been a $4 game I played on a tablet. The video game industry is changing, and it continues to be an exciting world to watch develop. With new technologies and new consoles on the horizon, things are changing, and we’re all getting to watch it unfold. 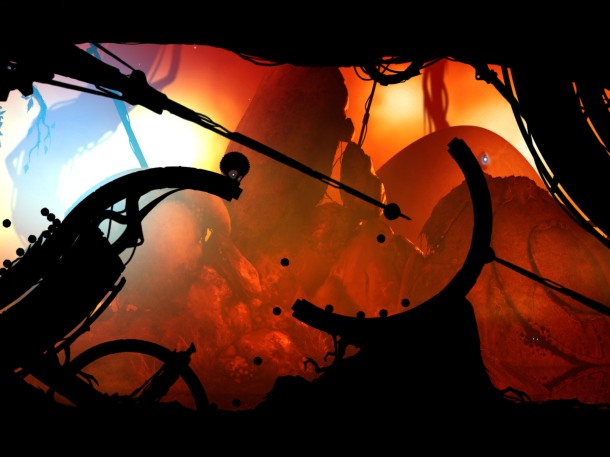 There’s so much to say about Badland, but I’ve already said a lot of it here. For me, it’s a defining moment of iOS as a viable gaming platform. I’ve had a lot of fun with it, but this is a serious Game of the Year contender, hands down. It’s a perfect platformer executed with more finesse than most console games. Frogmind is responsible for the biggest leap forward iOS has seen, and I can only hope other developers are able to follow suite.

Starting off as a deceptively simple platformer with decent combat, Guacamelee quickly evolves into something very special. Providing plenty of new abilities and enemies to keep the combat fresh, Guacamelee shines as both an action game and a platformer. The combat stays exciting throughout, and the platforming ramps up to some excellently difficult levels.  Guacamelee develops a wonderfully unique Mexican/Western style from start to finish, easily carried by some of the most fun writing I’ve seen this year. With more than enough optional content and secrets to dig up, Guacamelee is a killer riff from Metroid and Castlevania, without ever feeling like a bland reproduction of the classics.

Four characters jump around the screen, throwing bombs and ice blocks and frisbee mines at each other in an attempt to put a soccer ball into a net. BattleBlock theatre is a mix of my favorite kinds of cooperative and competitive play, and it provides endless amounts of both. The multiplayer is where the game shines, but the campaign offers worthwhile moments as well. Playing by yourself starts slow (aside from one ridiculously entertaining opening sequence), but builds to some interesting challenges.  A platformer designed to be played with a group of people ready to yell and scream as chaos fills the screen, it’s a game worth bringing to every party.

Injustice: Gods Among Us:  Another home run for NetherRealm, Injustice is a fighting game worth the price of admission whether you’re coming for a single player story, or a multiplayer punchfest.

Thomas Was Alone: A rerelease of last year’s PC exclusive, this story driven platformer manages to make you feel emotionally attached to a red rectangle.

Do Not Touch: A crowd-sourced music video made with thousands of cursors, this is a weird but fascinating little experiment.