Kentucky Route Zero is easily one of my favorite games of the year, and it isn’t even halfway over. The first act introduced us to a dreamlike version of Kentucky, filled with some of the year’s best writing and biggest, oddest surprises. The second attempts to build on all of that, and take it a step further, with mostly positive results.(Minor Spoilers for Kentucky Route Zero Act 1 follow, go play it if you haven’t. You’ll thank me later.)

As Act 2 begins, Conway and his compatriots have stumbled out of the odd and into the odder after finding the Zero. The game begins, as always, with dreamlike dialogue between the two main characters about where exactly they are.

The first twenty minutes or so takes place in this starting location, doing the game a bit of a disservice. It’s a strange place, but as soon as you’re tied down to one area some of the novelty begins to fade, though there are still some fantastic moments to see while you’re here. The game quickly picks up after this, thankfully, and releases you into some of the most interesting places seen in the series so far. 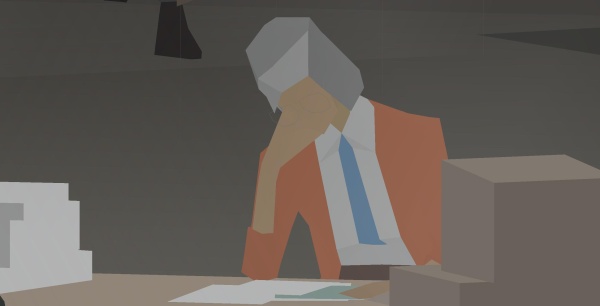 The next location you spend the most time at is possibly the most interesting thing the series has done yet. As with everything in Kentucky Route Zero, the surprise and mystery of it all is half the fun, but suffice it to say that it builds upon how the first game toyed with narration, and then goes another step beyond that.

You’re soon given another opportunity to ride down the roads of Kentucky, and are able to visit new locations on the same map as the first act, and revisit a few memorable locations as well. Playing the first episode is essential for maximizing enjoyment here. A simple two sentence phrase I happened upon effected me more than almost anything I’ve seen in another game because of the ways it changes events seen in the first episode.

I’ve said it before, but it demands repeating that KRZ is weird. In the best of ways. It takes a seemingly common story idea and flips it on its head again and again. The killer writing absorbs you straight into it’s world, and you’ll be entranced by anything it has to say.

The dialogue choices are a highlight of Kentucky Route Zero, essentially asking you to build the character’s lives yourself. Do you want to play a character who often reminisces about old times? Do you want to admit that you’re growing older and time’s not slowing down for you? How about rambling off with strangers about nothing? None of the dialogue choices have any real impact on how the story is going to play out, except that they change literally everything about how to perceive the world. The same things are going to happen every time you play, but you can play a different character each time as well.

You don’t get to pick every option to say to every person, you’re presented with a list and you choose one, and never look back. I’m extremely excited to go through and see what the other options have in store for me, and construct a different story for myself in this immensely interesting world. While Kentucky Route Zero isn’t an RPG by any stretch of what that term means today, I felt like I was playing more of a role in KRZ than I’ve felt in almost anything else. 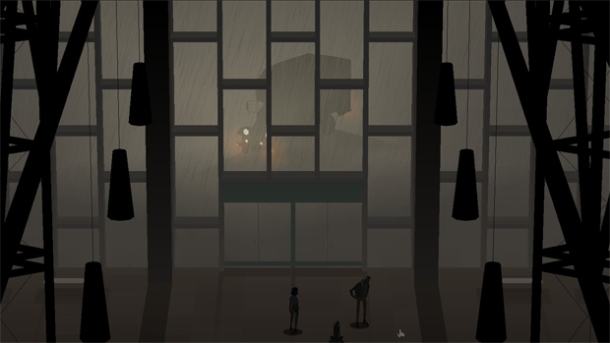 A couple new forms of transportation are presented to you throughout the episode, so don’t worry about sticking to the highways and the dirt roads you’re used to. They’re both interesting and super cool in the context of the episode, but they’re also kind of slow ways to get around. Add these to Conway’s limping movements to due a damaged leg from the first episode, and it takes awhile to get where you want to go. For the game that is essentially, all about exploration and discovery, it seems a little weird to drag everything out so much.

A few relatively minor flaws not withstanding, Act 2 is an excellent addition to one of the most interesting games to come along in a long time. While Act 2 strives to reach some of the heights of Act 1, I still preferred the first episode to this. They are both outstanding examples of how to change a genre, and how to craft a compelling universe.

Kentucky Route Zero is available from the developer’s website here. The $25 purchase will give you access to all five acts as they are released over the course of the next year or so.