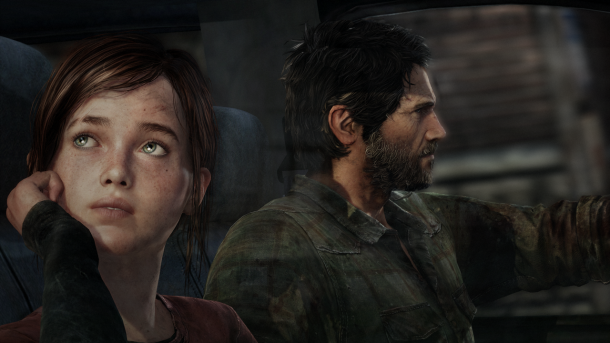 In case you haven’t heard by now, The Last of Us is pretty good.

Much praise has been heaped upon the Uncharted series over the years, and they’re respectable games for a number of reasons. The characters and set-pieces are best in class. They have some of the most beautiful animation and most lifelike environments in the business. They’re stunning to me in many ways, expect a pretty glaring one, the gameplay.

I’ve always enjoyed watching the Uncharted games, and I get a jolt of excitement whenever a cutscene triggers because I can almost be certain it’s going to be excellent to watch. The gunplay, however, consistently turns me off from wanting to play through them. I finished the three main entries in the series, and I was left with the same impression each time, “they could be so much better.”

The Last of Us is Naughty Dog’s evolution, and is that “better” game. For me, at least. 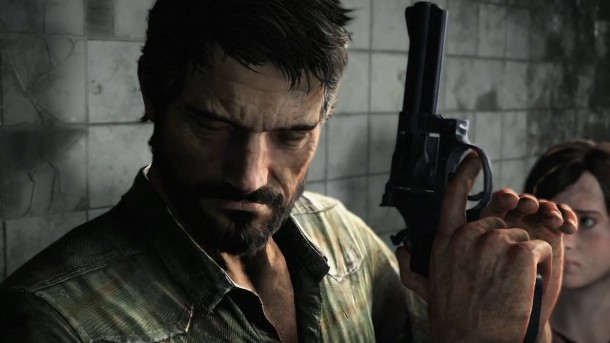 I was off to a rocky start with The Last of Us, but after a few hours in (about 4) and it won me over for good. After I’d gotten used to the rules of the fights, and the pacing began to pick up, it was hard to tear myself away from seeing what would come next. If you’re finding your interest on shaky footing, I have to recommend sticking with it.

The combat is totally revamped, doing away with hordes of a dozen machine-gun toting baddies. Here, a common scenario will involve you and three enemies trapped in an entire floor of a building together, playing a murderous game of hide and seek. Combat can and will turn into shooting at each other, but it still feels miles ahead of any sequence in Uncharted. Hiding just behind a bookcase and popping out to fire a single bullet is thrilling, and I enjoyed it far more than I ever expected to. 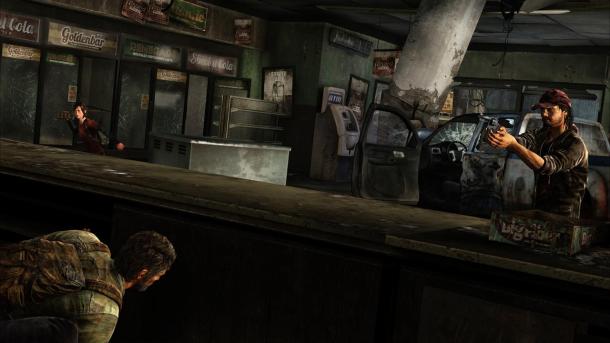 It feels true to the setting, and just feels better to play than anything Naughty Dog has made before. Dying wasn’t a cause for frustration, it was a chance that allowed me to come at a situation from a different angle, and enjoy experimenting with the ways I could succeed. The combat with the “infected” enemies was quite not as enjoyable, but led to some tense sequences that held up their parts when they needed to.

As I mentioned before, Naughty Dog’s narratives have always been top-notch, and they’ve done it once again in an expectedly excellent fashion. Main characters Joel and Ellie travel across post-apocalyptic America in order to…do something. To say too much more would be a disservice to everyone. The story isn’t about the destination anyway, it’s about the events that take place along the journey. The pair meet plenty of other survivors along the way, and by the end have gone through more than either of them ever wanted. The environmental storytelling is extremely well executed as well, some of the best story vignettes are told without anyone uttering a word, and are completely missable if you aren’t examining the environments. The dark tale ends on a near perfect note that I guarantee will spark debates for the foreseeable future. 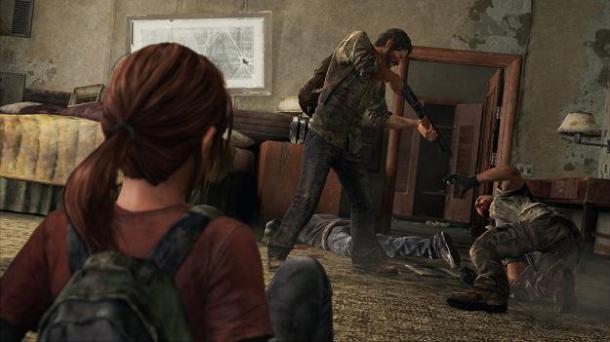 This is the first game from Naughty Dog this generation I can recommend without adding “but…” at the end. It’s an excellent game worthy of being praised. It isn’t without it’s faults, however. I ran into multiple glitches, some with weird AI movements, and some distracting audio cues. The worst was when the sound cut out during an important cutscene, leaving me with no option but to turn the subtitles on and wait it out. Other than glitches, there are more than a few questionable design choices that present themselves as “puzzles”. The fourth time you grab the exact same wooden palette to use as a raft from point A to point B, let me know how exciting it is.

Even with a few complaints, it’s still my favorite big budget adventure this year, and is one of the most emotionally exhausting games I’ve played in a long time.

Between The Last of Us and BioShock Infinite, we’re able to send our current consoles off with a bang, and I couldn’t be happier.