What’re you playing? Today, HippoChippies is your soapbox to tell the world what games you’ve been loving during the first half of 2013. Haven’t been playing anything new, or just want to use this chance to get some of your favorite older games out there? Not a problem. Guest Posts are some of my personal favorite posts every year, and I love seeing what all of you have been up to. Let’s kick it off with…

“2013 has had a great start so far with titles such as The Last of Us and Bioshock: Infinite. There are tons more where that came from as well. Most would argue that The Last of Us would be the number 1 choice. Not today. My favorite title of the year so far is Animal Crossing: New Leaf. Why? Animal Crossing is known for being a casual game where you live a normal life (with animals) trying to be someone and paying off a huge debt that is thrown onto you from the get go. New Leaf changed everything and put you in charge of a town that you move to and I must say it couldn’t have been done any better. Fans of the game will understand what I mean when I say that it may be my favorite Animal Crossing yet, because of the newfound leadership which comes with tons of new opportunities for you to pursue during gameplay.

I could talk about it all day but really the best way to understand my point of view is to just get out the ol’ Nintendo 3DS and play it yourself.

P.S. I have nothing against The Last of Us. I just have not been able to play even a single minute yet. Looking forward to it when I do. – Trevor Baldwin 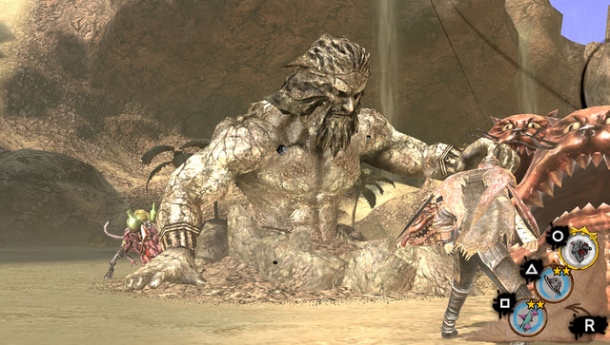 “I really liked Soul Sacrifice because it has this unique system of giving you super amazing power while stripping you of something vital. Like one of those abilities will use your brain to create this electric storm that does a ton of damage to enemies, but afterwards you don’t know what abilities you have in your slots. It’s a really neat system. Then there’s the upgradeable powers: you can fuse them to give you more uses, or combine them to create totally different powers. The whole game is awesome and if it wasn’t so repetitive and hard I’d probably play a lot more than I do.” – Michael Mays

“My favorite game of the year so far has to be The Last of Us. Naughty Dog did a phenomenal job on the game with its storytelling and mechanics. The first 20 minutes of the game will have you so sad that you would probably wouldn’t want to play the game, but it’s the perfect setup for so much more. Naughty Dog took a risk in going the way they did with The Last of Us, but it has to be one of the greatest games they have made. During the game I noticed that there were some mechanics that had similarities to the Uncharted series, but with a fresh twist on it. Most people probably wouldn’t even notice that the combat and cover systems are pretty similar to each other, but that is to be expected from a game by the same company. Not to mention the game made you feel human, ever shot mattered, no health regen, and you had to be smart for most of the encounters you had. I could go into this game more but I don’t want to spoil anything for you, who should go get this game or at least rent it. I would play this game over and over again.” – Zack Dickerson

“Before I begin, I would like to thank our gracious host both for inviting me to contribute and for allowing me to talk about a game that was not released in 2013. Yes, gamefans, I’m actually going to bring up one of last year’s gems and, very appropriately, it’s a little game called Yesterday.
Now this game had been sitting on my Steam wishlist since before it came out but I hadn’t thought I had the time to invest in it. As you can imagine, I was rather elated when I found that it was available for free download from the Google Play store right before the night I was going to get to spend in an airport terminal waiting to fly home from a business trip. I downloaded the game, started playing, and then felt it – that remorse for having waited so long to do this. It was a good, solid game. Great style, classic adventure gameplay, a good helping of wit, and an engrossing story. I’ll try not to ruin it if you haven’t played but I would like to leave you with an image that I hope inspires you to correct that soon: the image of a man with a shaggy beard sitting in a sparsely populated airport terminal at 3AM gleefully smiling at the plot unfolding before him while blissfully unaware that his headphone cable has just pulled out of his tablet and that those nearby are listening to discussions of homeless people being set on fire and are getting nervous at said bearded man’s recent chuckles.” – Shannon Nichols

“To put it simply, BioShock Infinite is the best game in the series in terms of story. My brain is still recovering from the ending.” – Jonathan Vaughan
.

“Dragon’s Dogma is a pretty interesting game. It’s your token dark medieval setting and the story is pretty milk toast at best, but that’s not important. This game is stuffed to the gills with interesting locales, cool gear and badass monsters. The combat is a combination of Dark Souls, Skyrim and Shadow of the Colossus. If you wanna climb on top of a cyclops and stab him right in the eye, you can totes do it. Also its got a day/night system that makes staying out after dark feel really dangerous, even if you’re way stronger than any monster you’ll come across. And the graphics, oh Lord the graphics!” – Colton King

Once again, THANK YOU SO MUCH EVERYONE. It really means to a lot to me, thank you to everybody that participated. This is one of my favorite things to do on the site. We’ll have another one coming up at the end of the year, so everybody get those Game of the Year picks ready!