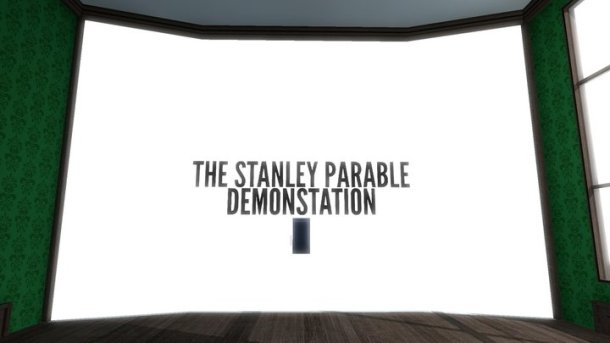 The less you know about The Stanley Parable before you play it, the better. The one thing you should know, however, is that you really should try it.

What began as an experiment in video game narrative in 2011, is now being remade, redone, reimagined, and is going to be released on October 17. Now the game has a demo on Steam you can try absolutely free, and you can see for yourself what all the fuss is about.

The “demo” is a standalone game, and is a beautiful snapshot at what makes The Stanley Parable such an exciting thing.

The Stanley Parable is funny, poignant, and immensely clever, and you should go play the original and the demo. Then get ready for whatever the new game is going to be on October 17, because it’s almost certainly going to be a good time.