Game of the Year / iOS 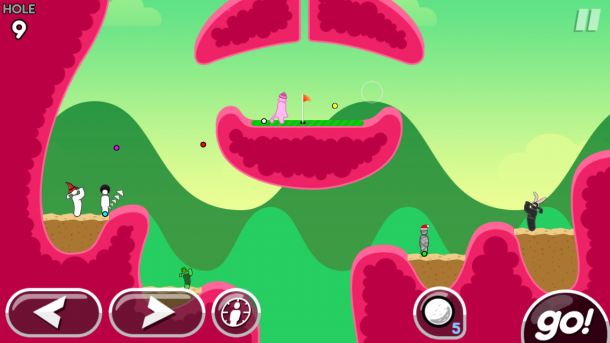 Super Stickman Golf 2 does not have a great single player mode. The art covers the very basics of what was needed to make a video game. There are a few levels in the game that are terrible, and I never want to play through again. The saving grace, the one thing SSG2 has going for it, is that I would stop writing this post right now if someone asked me to play the multiplayer.

Playing Super Stickman Golf 2 in local multiplayer is revelatory. If you load this game up on a couple of iPads or iPhones, someone is going to have a good time. It’s hard to put into words how much fun I had with this stupid game throughout the course of 2013, but I’ll try.

The first night I played the multiplayer, a friend and I were staying in the same house, on opposite sides of the building. We loaded into Race Mode, where you try to be the first player to golf your ball into the hole. The laughter of defeat and victory rang throughout the night, and into the early hours of the morning. After each match, one of us would stomp to the other side of the house, shout obscenities at the other, and go back to play some more. There’s so much chaos that goes on in the game, and the fury of desperation to win makes me want to play over and over. Protip: Use the sand-into-water powerup just before someone lands a good shot, and sink their ball into a lake. I laughed until I cried, and I probably didn’t have that much fun with a game until an even larger group of friends played it again later that month. 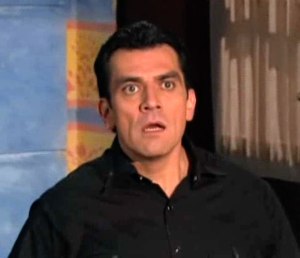 Above: Someone who is about to lose at Super Stickman Golf 2.

Having your ball be juussssst a fraction of a second ahead of the other guy’s, and making into first place right when they knew they were about to win is one of the most fun things I’ve done all year, and it happens over and over again. It’s such a simple conceit with very few skills to learn, but every player you add into the mix makes for a more hectic, insane and incredible experience.

The powerups, abilities and unlockables are the icing on the cake. Yes, getting the most out of the game leads to playing the relatively dull single player component, but once you bring laser guided golf balls into a match, the slog is almost justified.

Super Stickman Golf 2 has lived a long life on my phone and tablet throughout 2013, and I see it staying there for a long time. At least, until we get the sequel.