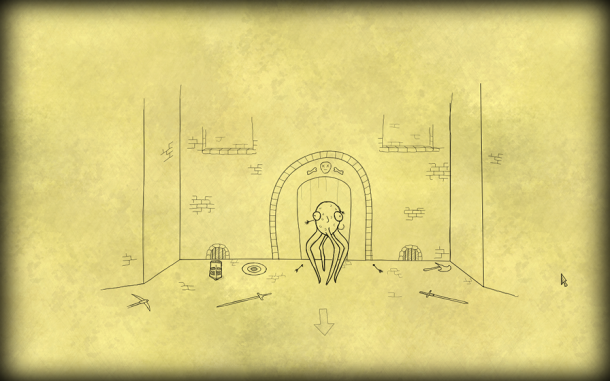 This series continues to make me really, really excited every time I hear word of a new entry. They’re all super simple, less than 15 minutes each, and I eat them up like some kind of horrible, terrifying, but still delicious candy.

In case you’re not familiar, the Bad Dream series is an anthology piece composed of short horror stories. Each one is a relatively easy point and click adventure game, and you’re tasked with doing some really weird things based around the theme of the episode. In the new Bad Dream: Cyclops, for example, you start off collecting teeth for the tooth fairy after losing a vital organ, and it only gets better from there. Cyclops may be my favorite episode so far, for reasons I won’t dare ruin here. Bad Dream: Memories makes for an excellent fifth chapter, based around visiting one’s childhood home.

With 5 games in the series and not a bad one in the bunch, I’m prepared to call the Bad Dream games the horror event of the year. They creep you out quickly and effortlessly (make sure you play with headphones, in the dark), and each tells its own twisted fairy tale. If you’re interested in slicing off your fingers or trying to outsmart death itself, check out the series here. I really hope Desert Fox continues this descent into madness, because I’ll be following right alongside him all the way down.