So there are a few reasons the last few months have been a little slow on HippoChippies.

1: I’ve been playing so many new games that I haven’t had as much time to cover things on the site, especially now that a new college semester has started.

2: Since I’ve been doing more reviews lately, I’ve been waiting to cover games in a more in depth way after I’ve finished them. Since I enjoy playing so many simultaneously, it’s taken me about 2 months to finish a short game like Gunvolt.

3. My close friend Trevor Baldwin launched a new site called SadisticPixel.com, and I’ve been writing several things over there. Check it out, it’s a really cool thing backed up by a lot of cool people.

4. The Games of the Month posts had to take a break, because after 2 months of basically nothing coming out, I couldn’t fill a 5 to 6 entry list of noteworthy games. Also, I’ve been on a retro kick, playing games like Duck Tales for the first time, and haven’t played as many new indies as I would’ve liked.

We’re getting back on track today.

Along with the regular posts you’re used to seeing, every week I’ll be writing up a quick summary of what I’ve been playing. This will help out a lot with in-progress reviews, and give me an outlet to talk about things that wouldn’t necessarily make up an entire post on the site. Thanks for sticking with HippoChippies; we’ll be sure to keep you entertained far into the future.

And don’t forget to check out SadisticPixel.com. I’ve got some stuff on there, like a dumb Halloween celebration series, and an honest post about why you should play more games. Everything else on the site is great, too, so look around.

I’ve been playing a lot of Gunvolt. I finally finished it after a couple of months, and the whole thing was great. It was way more Mega Man than I expected, and the weirdly inventive combat had me hooked for the ten hours I spent reaching the true ending. If you’re into more of a challenge, Gunvolt has that built in too. Every level has a large number of challenges to complete in order to unlock better armor and equipment. Each level has multiple speed run challenges, kill certain bosses before a specific event occurs, complete the level without getting hit, that kind of thing. It’s all really fun, and adds a lot to an already great retro inspired platformer. Make sure you buy it before November 28th and you’ll get a free download of Mighty Gunvolt, a bite sized adventure even more inspired by the original Mega Man series.

I don’t know anything about Lord of the Rings, but I do know that Middle-earth: Shadow of Mordor is a great game. It’s been said to death already, but the combat is some of the most satisfying I’ve seen in an action game like this. I can roam the world for hours and just raid camps over and over and it never gets old. I’m constantly unlocking new abilities making the great combat even better, and I’ve barely touched any of the story missions. You should also play it because of the Nemesis system, because it’s going to be copied and pasted into every game in the next few years. It’s a simple but effective way of building character into NPCs, by giving every enemy encounter in the game the potential to have it’s own story. Random enemies you face can have dialogue and personalities, and if they kill you they’re added to a list of characters roaming the world that you’ll definitely run into again. They remember you, they hate you, and they’re the best innovation I’ve seen from a big budget game in a while.

I”ve been playing several NES games for the first time, and I never realized how many awesome things I’d been missing out on. I’m a fan of many NES classics like Zelda 2 and the Mega Man series, but I’ve been branching off. I realize Duck Tales is by no means an unknown game, but wow, how did I not play it until now? It’s totally a Mega Man inspired platformer. You select which level you want to adventure into, pogo around in some of the most satisfying platforming traversal ever, and listen to an incredible soundtrack. As soon as I finished it, I immediately jumped into Duck Tales 2 and finished it the same day.

I also started Little Samson on NES, which is amazing! I know this game is way less popular than Duck Tales, so you should go try it out right away. It’s another platformer, because that’s basically all I play these days, in which you control 4 unique characters to travel the world and take down tons of bosses. Every character stands out in their own way, and you’re forced to use their unique abilities, like the rat’s ability to climb walls, to complete platforming challenges. I’ll have more to say about this game in a Good Old Games post in the future, because I have way too much praise to heap on it for this post. 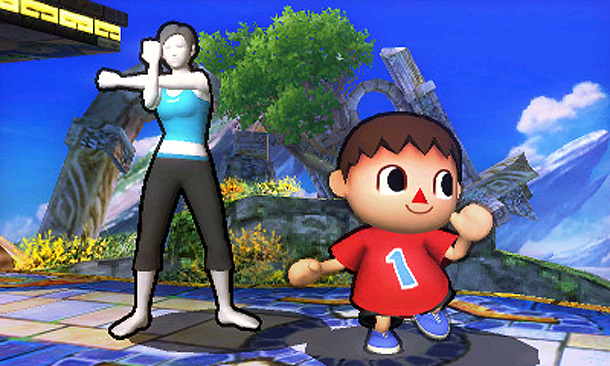 Smash Bros. has taken over my life for the past two weeks. Every chance I get, I’m playing online with friends and trying out new characters. Marth is still my go-to guy, but Rosalina and Luma, Sheik, and Villager are edging their way in as new favorites. I’m only now diving into some of the customization options for each character, and wow is there a lot to parse through. Smash is as great as always, and I’m already throwing my money out for DLC characters. Come back Mewtwo, we miss you.