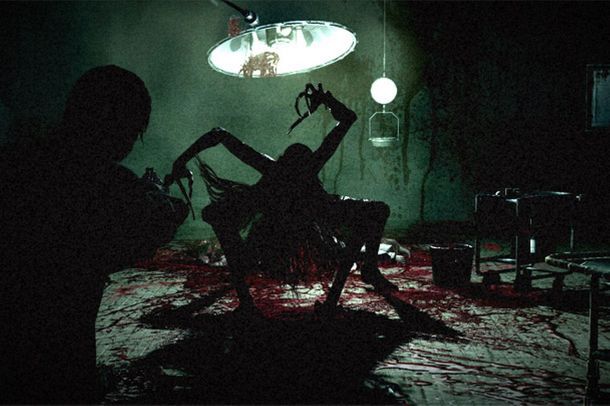 I can’t believe how much I’m enjoying The Evil Within. If you know me, you know that I love Resident Evil 4 above almost all other games. Imagine my surprise when I realized how closely it resembles Shinji Mikami’s masterwork, the best survival horror game of all time.

It isn’t perfect by any means, and the story doesn’t make the slightest effort to make sense. But the gameplay is there, and it feels closer to Resident Evil 4 than anything since. The extraordinary combat is back, along with RE4’s quirks, like shooting in the knee for a smartly timed, ammo-saving kill. Except now, instead of suplexing zombies, you’re lighting them on fire, and using well-timed fires to instakill other nearby creatures. You’ll always have several options to work around each combat encounter, and figuring out each tiny combat puzzle is just as satisfying as I’d hoped. Almost every encounter seems meticulously planned, and some later stages will definitely lead to moments where you’ll ask friends how they tackled each room.

Take note: This is a cool logo.

Here’s one example: I came across a pitch-black room and could hear enemies inside. I chose to shoot a weapon at the ground that produces light, and electrocutes enemies. From there, I backed onto a ledge and waited to pick out the shadows of enemies against the light on the wall, and picked off their heads with a sniper rifle. I missed one, which then tried to crawl onto the ledge I was hiding on, so I pulled my shotgun out and blasted his head off before he could stand up and feast on my tasty body. That was one segment that took about 5 minutes. There are several sections like this throughout the game, and you can tackle each of them in numerous, equally satisfying ways.

I loved exploring the environments in Resident Evil 4 for treasure and ammo, and most of that is still well represented here. Most areas have a series of optional paths to explore, usually while you’re being chased by an ungodly creature or two. Exploration will reward you with much-needed ammo caches, new weapons, new traps to use against enemies, and more. Even though you might have only found 2 shotgun shells in that abandoned house, you feel immensely more prepared for the next fight now that you found them. I watched a friend play, and he discovered a couple entirely new scenes than I found, just by exploring a new location that I never saw.

The story jumps erratically between locations, almost forcing you to question what’s going on and what you’ll see next. I can see why this is a problem for so many people, but it’s strung together like a series of horror vignettes, rather than some globe-trotting adventure story. I don’t mind having a quick burst of ideas until they run out, and immediately jumping into a new set of obstacles. Sure, I would rather there be a good story tying the events together, but the main reason I’m here is for the tension. That’s why short series like VHS and Yamishibai sit so well with me; they never have time to get boring.

Since Resident Evil 4, I’ve been waiting for someone to perfectly capture the essence of what made that game so good. Dead Space was very close, and was brilliant for different reasons, but made you too powerful to capture that same helpless feeling. If you’ve been waiting for the return of survival horror since 2005, I haven’t played something as true to the genre as this.