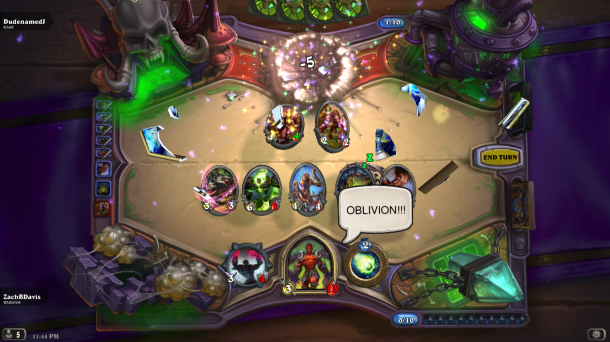 Hearthstone is a game I can’t stop coming back to. I’ve put a disgusting number of hours into this silly card game in the last year. No week has gone by where I haven’t played or at least thought about Hearthstone, or more likely found myself awake at 4am begrudgingly taking down another Handlock deck. Hearthstone is a very special game to me, and it brings back a genre I never thought I’d find myself interested in again.

Most card games are hard to get into, with hours of preparation needed before you can want to play competitively. In Hearthstone, once you’ve completed the 30 minutes tutorial, you know the rules. Sure, there’s way more to learn, but you can understand the basics. It’s digital, so all of the math and keeping track of card abilities is always done for you.

Everything you need to know is easily visible and comprehensible. Where something like Yu-Gi-Oh manages health in terms of 1000s, a game of Hearthstone uses only one and two-digit numbers. Magic players build 40 and 60 card decks, while all Hearthstone players use only 30 cards. While Hearthstone may seem more limited at a glance, there are seemingly infinite possibilities that can still come from this smaller set of rules. 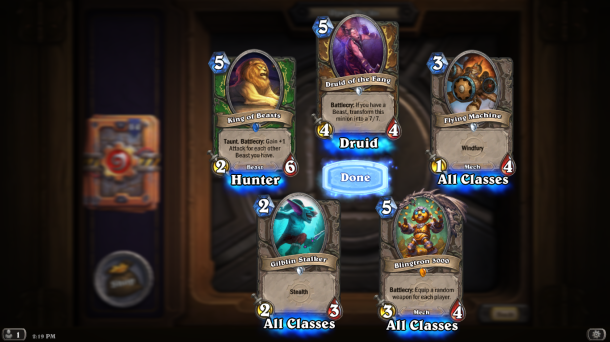 You can play Hearthstone with a room full of friends, online against strangers, or anything in between, and you’re almost guaranteed to have a good time. Cracking open new packs with friends had led to some of my favorite gaming moments of 2014, and seeing the golden glow of a legendary card is exciting even when it’s not your own. I’m always a fan of local multiplayer, and Hearthstone has been there many times when friends come to visit.

The community is great as well. As with Dark Souls, the game is so substantial that it supports multiple discussion forums and podcasts, and I’ve spent a fair share of time with them as well. The Angry Chicken and Happy Hearthstone shows have become regular listens during my daily drive, and I look forward to new episodes each week. There’s just so much to discuss, and I’m happy to engage in Hearthstone as much as I possibly can. 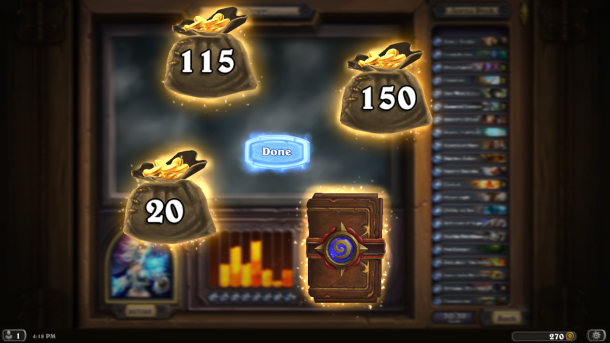 I’ve spent more time with Hearthstone than any game in 2014, the year before, and possibly any other game ever. I’m still constantly having great experiences with it, and I can’t stay away. There’s so much personality in every card, every menu. Every card’s voice acting is just as memorable as the outstanding soundtrack. Hearthstone colorful, full of joy, and every piece of design has a reason to exist. Blizzard has poured a lot of love into Hearthstone, and I haven’t seen a better crafted game in a long time.

Hearthstone is a thing I didn’t see coming. I haven’t been into collectible card games since middle school, and have never been a Blizzard loyal. But it’s just so damn good. Hearthstone is a master at never getting old, and even when it feels like you’ve fallen into a groove, they announce a new expansion. Just in the first year, the game has grown by over 150 cards, and there’s no way they’ll be stopping anytime soon.

Hearthstone is an astounding success, and I’m glad to have had been able to play it all year long. Here’s to another.