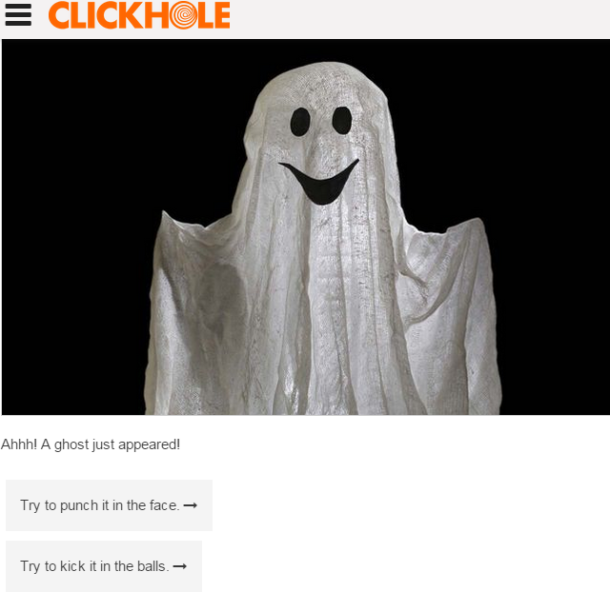 If you think The Onion / Clickhole are Good Websites™, you should be playing through their Clickventure and Quiz series. The cheerfully titled “Plan Your Son’s Funeral!” is the newest, and one of the best I’ve played yet.

Soon after heading to the funeral home to start the day, you’ll meet Richard P. Wormwell III, and well, things start to get a little weird. Like the rest of the series, multiple ending are placed throughout, and each of them is just as fantastic as the last. In one of them, Mr. Wormwell calmly warned me of my impending death, and then murdered me. In another, I ditched the funeral entirely, spent $7000 on couches and a television, and then punched a ghost in the face.

It’s dark, hilarious, and continues to showcase why Clickhole is one of the best things to happen to the internet in a long time. If you would like to punch a ghost in the face, start your clicking right here.