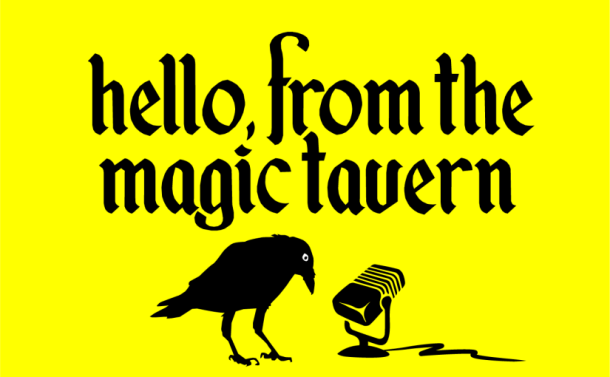 So, I listen to a lot of podcasts. A bunch. But between work and commutes and such, I blow through my weekly casts pretty quickly. Luckily, I stumbled onto Max Temkin’s recommendation of Hello From the Magic Tavern…and that’s been my entire last couple of weeks. It’s so good! (Yes, I know Max supports and has a part in the show, but I’m still super glad he promoted it.)

It’s an improv podcast featuring a man who fell into a portal behind a Burger King, which landed him in the mystical world of Foon. This man, Arnie, starts a podcast on the other side of the portal with his new friends Chunt[ttttt] (a talking badger) and Usidore (an obnoxious but good-hearted wizard). These three talk about the ins and outs of how Foon operates, and invite guests like other adventurers, bards, imps, and others onto the show to get new perspectives on this strange world.

But they’re all making it up as they go. Like, all of it. An off-the-cuff remark about wizards having a second butthole can become canon for the world of Foon, and they’ll all have to acknowledge that fact and keep rolling. Some guests bring prepared bits, and Usidore always knows to shout his entire, very, very, very long name any time it’s mentioned. And it’s all hilarious. 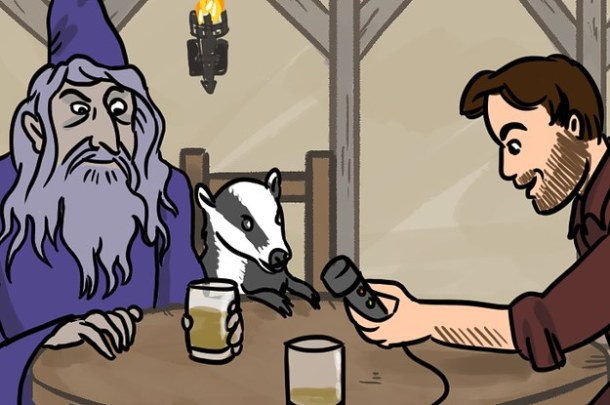 It usually takes me a bit to warm up to new hosts on a podcast, but halfway through the first episode I was totally sold. You can tell these three guys have been doing comedy together for a long time, and it’s amazing how well they play off each other, all while building up their own characters and backstories.

If you want to learn about Hoobastank or the Twelth Realm of Ephysiyies, or just learn about why flowers are assholes, check the show out here.