If you know me at all, it’s not a huge secret what’s going to win this month. What’s cool though, is how many good games came out in April that weren’t called Dark Souls. There were quite a few! 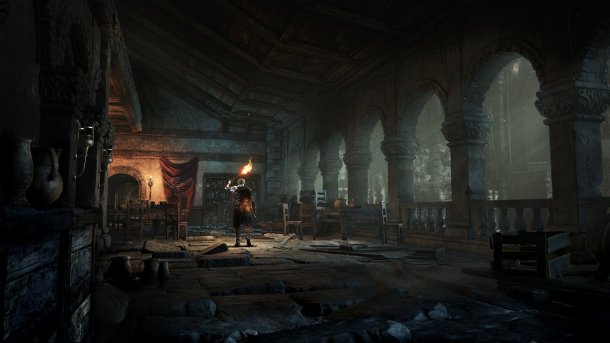 Though I played a few other things this month, let’s get this out of the way: I played about 50 hours of Dark Souls 3.

Expect some more in-depth thoughts about that game from me as time goes on and I can run deeper into a second playthrough, but as for first impressions…

1. I like it way, way, way more than Bloodborne.

2. I wish it felt more unique.

3. It’s my least favorite Souls game of the 4 “Souls” titles, but I still had an amazing time with it.

4. It probably has my least favorite collection of bosses and areas in the proper Souls series.

5. If you have any interest in Souls, don’t skip this. But be prepared for Souls fatigue to set in towards the end.

I hope Miyazaki gets a well-deserved break from the series after this, because it seems like the idea well might be running a little dry. That isn’t to say there aren’t some fantastic moments in Dark Souls 3, but it’s the least fantastic game in a series that changed how a lot of us view and play video games. RIP sweet Souls. Here’s looking towards a fresh start for Miyazaki and Co.

They did it! This weird remake/reimagining of the first Ratchet and Clank is actually wonderful! It’s a clever mix of the strengths of the entire first series, all inside a brand new take on the game’s pioneer entry. Levels feel very familiar but still hold enough surprises to keep veterans chasing the next gold bolt, and if you’ve never played the series before…this is probably the best start you could have asked for. 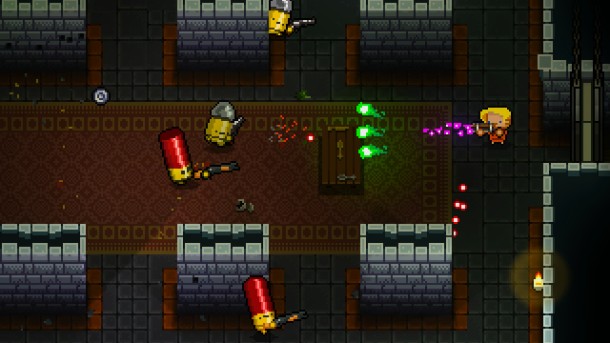 The first Binding of Isaac-like that I’ve really gotten into! Don’t be put off by the lame promotional art, Gungeon has style and substance to spare. The cutesy characters (those little bullets have guns!!) and inventive weaponry will carry you for hours and hours as you descend deeper into said Gungeon. Good writing, loads of secrets and more will keep you coming back if you’ve ever had any interest in difficult roguelikes. I’ve played Nuclear Throne and other kin sprung from this style, but none of them have grabbed me the way this one has.

Nioh (Alpha) – For an alpha, this one’s shaping up to be something really cool. There’s a lot of Souls DNA here, but enough of its own style to not feel like a copy. This is one to watch.

Mirror’s Edge Catalyst (Beta) – I’ve missed Mirror’s Edge. A lot. I was a bit disappointed once I was thrown into the open world, but the linear missions still shine the way they did back in 2008. I’ve got…ugh…Faith in this one. (I’m sorry.)

Quantum Break – The half-hour I spent with it had some super neat story stuff followed by some dumb gunplay mixed with time travel. I plan on getting back to this at some point, if only because I have so much good will towards Remedy after Alan Wake. We’ll see.

Any Clickventure On ClickHole – Murderfull Manor and the one about touching a camel were pretty good this month. But, seriously, just go play them. I’m going to keep reminding you.