After staying in the hospital for a couple weeks due to a rough car accident, I’m finally back. I missed a few things, yeah?

May’s “Games of the Month” post was going to be late anyway because I was struggling to come up with a good enough list of stuff I had played to talk about. I had been sifting through a bunch of indies from both May and June right before the incident, so now I thought I could just squish them together! This is the first time I’ve felt good enough to write since being hit by a car, (I’m okay now though, just a wheelchair for a couple months and then I’m fine!) so let’s take two months worth of goodies and see what makes the list.

June’s Game of the Month: Monolith

Welcome to… the best game of the last couple of months! You may not have heard of it, but you need to give it a shot.

Monolith is another roguelike. Wait, come back. I know that I’m a sucker for these, but this one’s better than most. It’s great, actually. You can read my latest post about it for the more intricate details, but know this: If you like The Binding of Isaac or any similar upgrade-driven bullet-hell thing, you owe it to yourself and these talented devs to spend some time with it.

May’s Game of the Month: The Surge 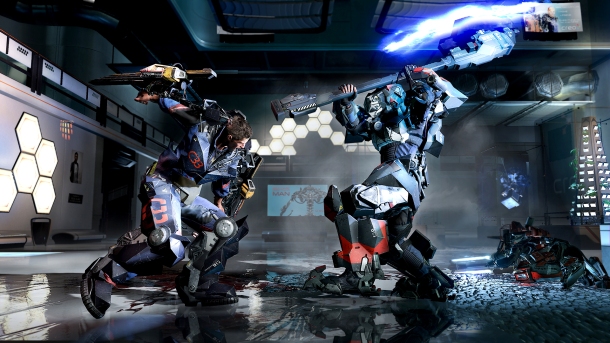 Another obvious recommendation from me, it’s like Dark Souls! Kind of. From the few hours I’ve been able to spend with it so far, I know the combat, upgrade, and loot systems seem good, but the enemy and environmental variety leave something to be desired. Now, yes I know that a Soulslike may keep you in the opening bits for a while until you get the hang of things, but as soon as the second area opened up I was still just fighting human-sized robot guys. It’s a fun way to kill some time and a decent addition to the genre, but just don’t expect a revelation filled with new ideas. At the very least, it seems like a step up from their last try, Lords of the Fallen.

Crazy Taxi Gazillionaire – I spent more time with this than I care to admit. It’s another Clicker, and I can’t pull myself away from trying new ones. It’s written by the wonderful Ludwig Kietzmann, though, so I don’t feel too bad for losing a few days to it.

Rime – It feels much less polished and unique than I had hoped for. Not bad by any means, but not worth the Team Ico or thatgamecompany level of excitement that I had built up for it.