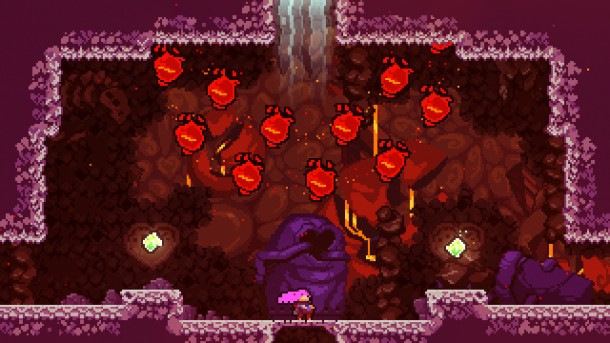 It’s a difficult 2D platformer with pixel art. None of you would have ever, ever expected it on this site, would you?

Luckily, even though I’m a sucker for any of these, this one’s better than the handful of moderate-to-good indie platformers we get tossed at us every few months or so. Bringing back memories of my first playthrough of Super Meat Boy, Celeste brings the challenge that just feels so, so good to accomplish. The campaign also does way more narrative legwork than Super Meat Boy ever attempted (i.e. any), and is a surprisingly heartfelt tale of a young girl overcoming her own anxieties with the help of friends. It’s sweet, relatable, and hit me so hard at one point that I had to take a break; not from the platforming challenge, but from the challenging subject matter.

Not satisfied with just giving you a lengthy story mode with a genuinely compelling cast and story, there’s a whole extra couple of playthroughs to break your controllers in once you think you’re done. Clocking in around 20 hours now, I’ve fully completed the game’s first and second main campaigns, barely scratched the surface of the speedrunning aspects, and walked away in awe/disgust at how wild the final challenges are.

As much as I adore Celeste it isn’t without a glaring issue or two. First off, at the very end of the second campaign, a brand new mechanic is introduced. Though, “introduced” is a strong word here, and would imply the developer bothered to mention nearly anything about it before you’re expected to be an expert at using it.

It’s like you were going to have a nice hang sesh with Celeste, but they brought their friend along without telling you and also their friend lives with you now and oops Celeste is gone and now you live with a new weird friend who you don’t really know what to do with.

I’m not kidding about it being strangely brought up at the end of the campaign. After a maybe 7 hourish Hard Mode, you’re in the last 20 minutes and are told to cross an obstacle you’ve never seen before. The game says “Jump – Dash (UP ARROW)” and expects you to understand what that means. Trust me, you don’t just jump, dash, and press the up arrow. That hint is pretty much worthless.

So after you give up jumping and dashing and head to this Reddit page of other confused people, you’ll figure it out. Remember that scene in Super Metroid where the small animals start jumping up a wall and you learn “Whoa, I bet I could do that too!” and you learn a brand new mechanic naturally through the game’s good design? I remember it. I don’t think the developers did. 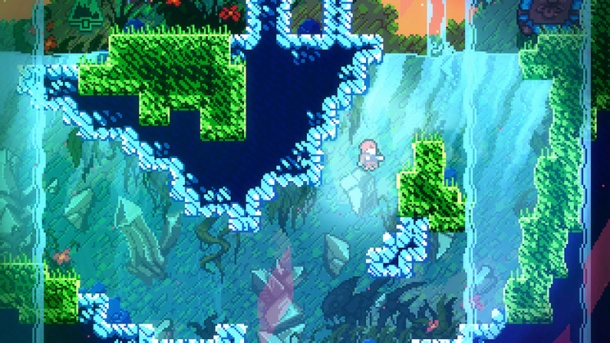 The puzzles are also kind of hit and miss. They seem to aim for a Fez-like vibe but feel a bit out of place and too complex for their own good, especially if you’re in the animalistic mindset of “I just wanna jump over more pits.” The first puzzle you encounter with the birds is pretty rad though. Not super difficult but requires more than ten seconds of thought to solve. More like that please!

Aside from a couple of gripes that make up less than 1% of the whole game, Celeste is a beautiful work of art. Lena Raine‘s soundtrack hits every note perfectly. The art makes every area instantly identifiable and distinct. The platforming never feels mean or unfair, and always seems surmountable, even after a hundred deaths on one obstacle.

Celeste is up in the ranks with The End is Nigh and Super Meat Boy as far as indie platformers go, and I’m glad to see Matt Thorston and Noel Berry climb into the ring with the likes of Edmund Mcmillen, Tommy Refenes, and Tyler Glaiel. I’ll take all of the excellent platforming I can get.