Need to get spooky and you’re somehow now in 2018 yet? This just wasn’t enough spookin’? I’ve got you covered. On with the show!

Halloween is almost over! The spookiness has nearly headed out for another year! I couldn’t find my laptop charger to finish this post earlier this morning! Ahh!

Go ahead and throw on that Rockwell x MJ classic, and let’s do the dang spooky thing.

Welcome to a brand new Getting Spooky! It feels like the world around us is too spooky all the time these days, but now it’s time for a fun kind of spooky, if you have the mental capacity left to do so.

If this isn’t the best kitten since that angry banana baby… I don’t know who is.

It’s spookin time (but not too spooky pls)

Okay, now that we’re all spookily warmed up, it’s time to get genuinely unnerved.

Hereditary is one of my favorite movies of the year so far. I can’t remember the last time a movie put me on edge as this one did throughout the entirety of its runtime. Watching this in a crowded theater of similarly uncomfortable people for two hours is an experience I’m super glad I was able to have. I hope the lady who stood up during the credits and proclaimed “I need to talk to Jesus!” ended up okay.

I guarantee you this was a fun party.

On my way home last night (OCTOBER 30th!!!!!!) I saw a brightly lit Christmas tree in someone’s window. That truly instilled horror in me in a way I didn’t expect. Yikesabunga. 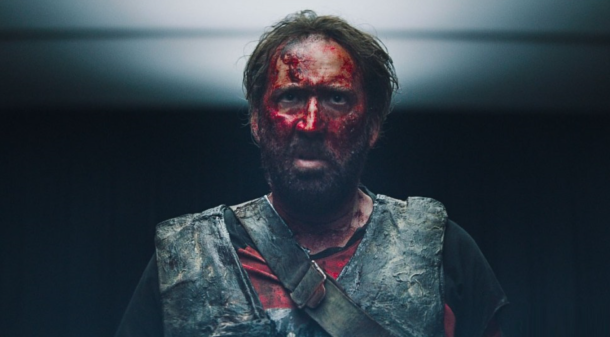 The less you know going in, the better. Just know that it’s a VERY hard R rating, and it will make you squirm in your seat. And then… only after you’ve paid your dues, Nicolas Cage delivers his best performance in years.

September 1999 is a short story told in about five minutes. I very much enjoyed those five minutes. You’ll put the pieces together as the scenes progress, if you can focus on something other than just how incredible the visuals are. Seriously, you need to see it for yourself and decide whether it’s real footage or not. Maybe the most exciting thing about September 1999 is that the developer, 98DEMAKE, has spoken about plans to continue making stuff like this. I’ll be right back on day one for whatever comes next.

Another in 2018’s incredible run of horror movies is Annihilation. While not exactly a “horror movie” through and through, there’s enough spooks to go around in this one to qualify.

It’s one of those movies where people obliquely refer to “that scene”, but there’s actually a handful of different things they could be talking about. And they’re each as weird and innovative as the last.

“when u are a ghost but shy”

The developers of Until Dawn, one of the best horror games ever made, are making a horror anthology game series!!!!!!!!

Horror anthologies are one million times my jam, and the finding out that Supermassive is diving into the genre gave my hopes for 2019’s horror output a huge bump. The first one’s on a spooky boat! Sure, why not!

Berat Pekmezci’s art is at its best when his skills with color are used to their fullest. This is one of my favorites. 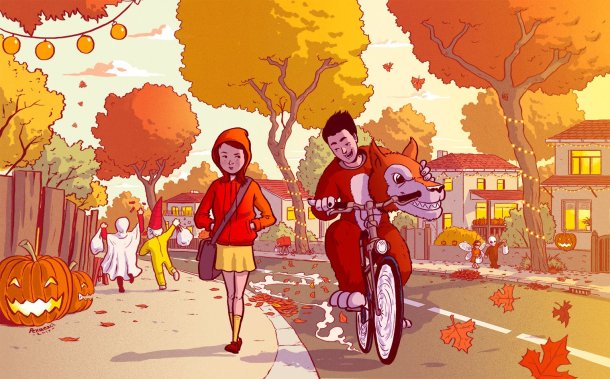 What a vibe! I love it very much, and you should check out the rest of his stuff. Fall rules.

Here’s your reminder of some of my favorite weird movies you should absolutely watch if you wanna get all spooked and have a fun time:

If you haven’t played Just Shapes & Beats, first off, go do that because it’s one of the best games of 2018 by faaaaaaar.

Hey, you. Yeah, you with the thing. You should totally have a short horror film watch party.

Anthologies are my favorite horror for a reason: they are made to not give you time to get bored. Lots of horror movies drag on too long, or just barely have anything to say in the first place. With short films, though, even the bad ones only waste like 12 minutes of your night!

For starters, check out:

Don’t Look Away, and The Smiling Man are both also pretty weird and good. There’s dozens and dozens of creepy short horror things on YouTube, and the quality ranges pretty wildly. It’s a ton of fun to spend a couple of hours in the dark with friends just blasting through them though.

Fair warning, you’re gonna stumble across Still Life, and it kinda sucks. So maybe go ahead and skip it.

(If you watched it anyway… man, what was up with that ending? I was waiting for some cool twist the whole time, and that was it? Of course they were SPOILERS people. How else was that gonna play out? I feel like I had a dozen better ideas just while watching it.)

Was that spooky enough for you? No? Well… what about…

See it got scarier because I made you wait and then yelled it.

Okay it’s 11pm on Halloween and the spooklocity is leaving my body to build back up through another year.

So boo bye for now… and…